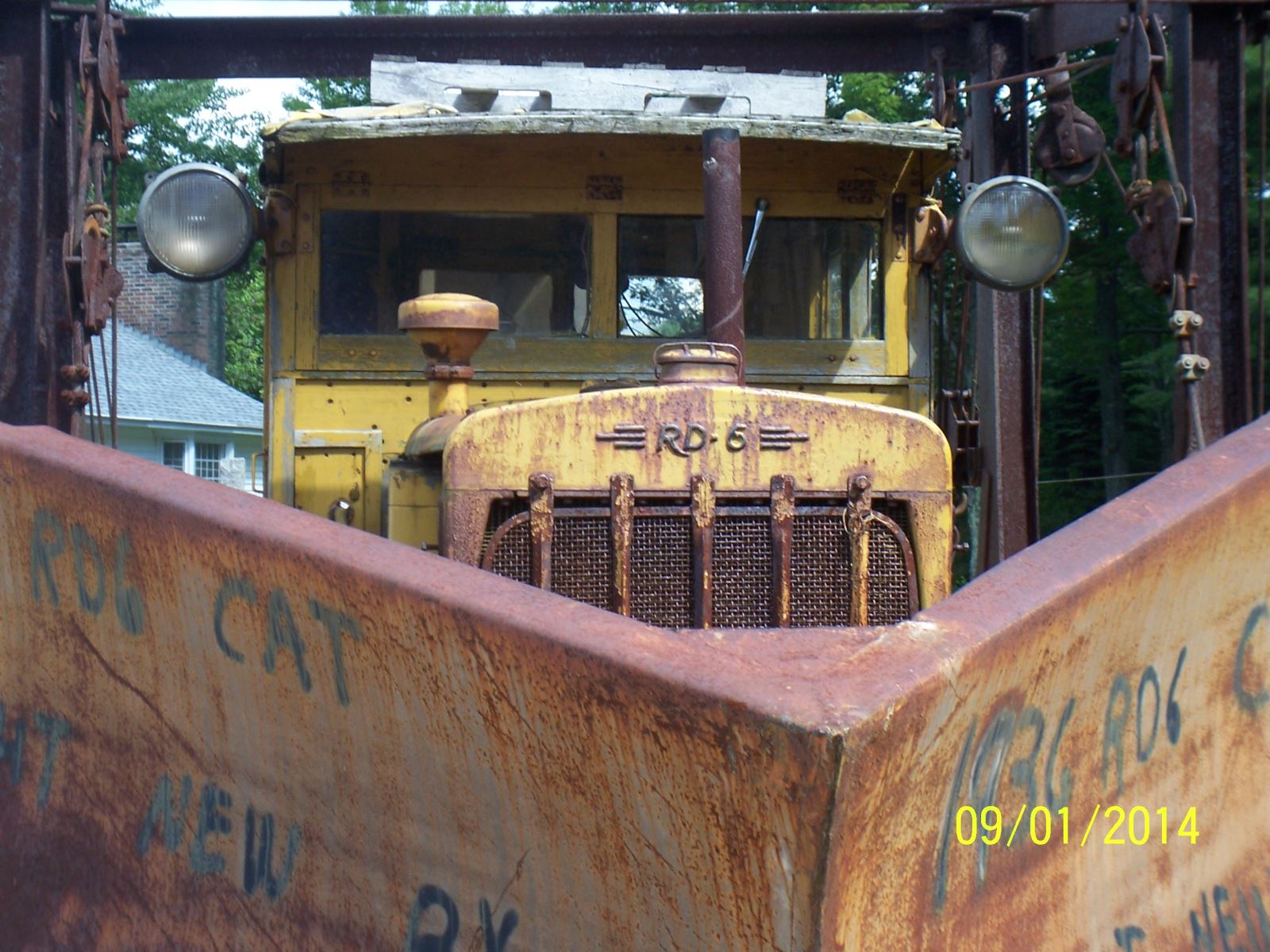 The RD6 remains in Gilmanton. Upon its retirement, it was sold to Thomas W Smithers, III, and subsequently to Mickey and Candace Daigle, Earl Clifford's granddaughter.


Out for a little light exercise! 2010 4th of July parade.
Comments:
Oh, I remember that old tractor so well. What an awesome sound when Dad was snowed in and was needed on the road. We could hear that governor working way over by Dudleys. Plowed our long driveway out more than once so Dad could get out plowing. Those were the days when we really got some snow.  Evelyn Sanville FaceBook 2019
My grandfather Donald Hyslop used to drive this rig once in a while. My uncle Don Jr. Used to ride with him when he was around 7 or 8. He’s 86 now!!! I love small town history!!! Lance Reinholz FaceBook 2019
I could hear those chains rattling up Chamberlain Hill and knew dad was on his way home  Tracy Davis FaceBook 2019


Historic Districts
Vote "no" on Article 3; that house is one of 5 oldest left  03/08/2019 Laconia Daily Sun
My property does not belong in the Smith Meeting House historic district so I ask Gilmanton voters to approve Article 3   03/06/2018 Daily Sun

Jail
In 1927 the Board of Selectmen sold the Town Lobby to Ralph Mathews. On March 13, 1941, a Ralph R Mathews, Notary Public in Berwick, Maine,  presided over the marriage of Carl L. Stockbridge of Gilmanton and Eleanor Patten of Belmont, performing the ceremony in Berwick, Maine. 1928 Town Report/1941Vitals
Many years later Marion Mcintyre was puzzled over the term "Lobby" and inquired of David Bickford who told her that the Lobby was the Town's jail cell. It was portable so that it could be moved from location to location, wherever needed.  Anecdote Marion McIntyre
We do not have a picture of Gilmanton's Lobby, but here is a picture of a portable Pauly Jail Cell. This was recently sold at auction and is a more modern example.